I yearn for spring and its colorful blossoms, but instead am greeted daily by the gray light of winter. When nature cannot feed my colorful soul, I turn inward to my imagination. This month's artists created unexpected art with their use of color and texture. They inspire me to awaken from my winter's hibernation and photograph a vibrant artisanal feast for the eyes.

American artist, director, producer who was a leading figure in the visual art movement known as pop art. His works explore the relationship between artistic expression, celebrity culture and advertising that flourished by the 1960's, and span a variety of media, including painting, silk screening, photography, film and sculpture. Some of his best known works include the silkscreen paintings Campbell's Soup Cans (1962) and Marilyn Diptych (1962), the experimental film Chelsea Girls (1966) and the multimedia events known as the Exploding Plastic Inevitable (1966-67)  (source Wikipedia) 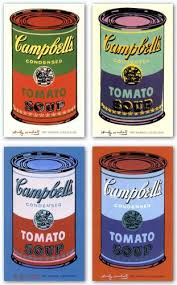 Pop artists believed art could be found in the popular, the mass culture, comic books, and common everyday items.  It is nearly impossible to think pop art and not think of Warhol's Campbell's soup cans. Warhol's bold use of color and the interesting skewed combinations created powerful graphic images.

Take a single common object found in your home and turn it into pop art. You can do this by altering the physical package or product, or by digitally manipulating it in post production.

Aya Brackett was born and raised in a traditionally built Japanese house in Nevada City, CA and is now based in Oakland, CA.  She grew up with two wood stoves, a generator for electricity and a long dirt road. Aya received a Magna Cum Laude dual B.A. in Visual Arts and East Asian Studies from Brown University, and also studied photography at Rhode Island School of Design and the California College of the Arts. She worked for four years as the photo editor at Dwell Magazine where she contributed her own photography and styled food and props for many shoots. Her love of food and design informs her photography and fuels a constant search for the unusual and inspiring. 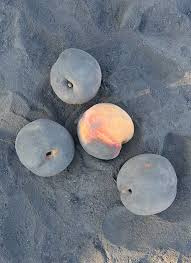 This photograph of peaches is from her collection Soiled. I find her work has an intriguing textural and graphic appeal that is enhanced in the photo by presenting two unexpected elements.  Brackett's compositions are inspired by the interplay of texture, color and an attempt to see food in a perplexing way.

Photographers are invited to join us and to share a single image from each challenge at Meetup.com or our group page on Facebook. We are Photo Society MD/VA/DC. Local residency is not a requirement.